Let’s face it, we’ve all done it. Sat there waiting for the stream of pixelated Black Friday videos to appear on YouTube; of storms of people flooding into stores, becoming more like an episode from animal kingdom than your average shopping trip. But slowly and surely, we all became aware of it in our local shops, became excited by it, and without really noticing are now immersed in it, eagerly waiting at our laptops for the checkout page. Our digital version of the scramble we used to laugh at. But what has been the cost of this first world price cut? 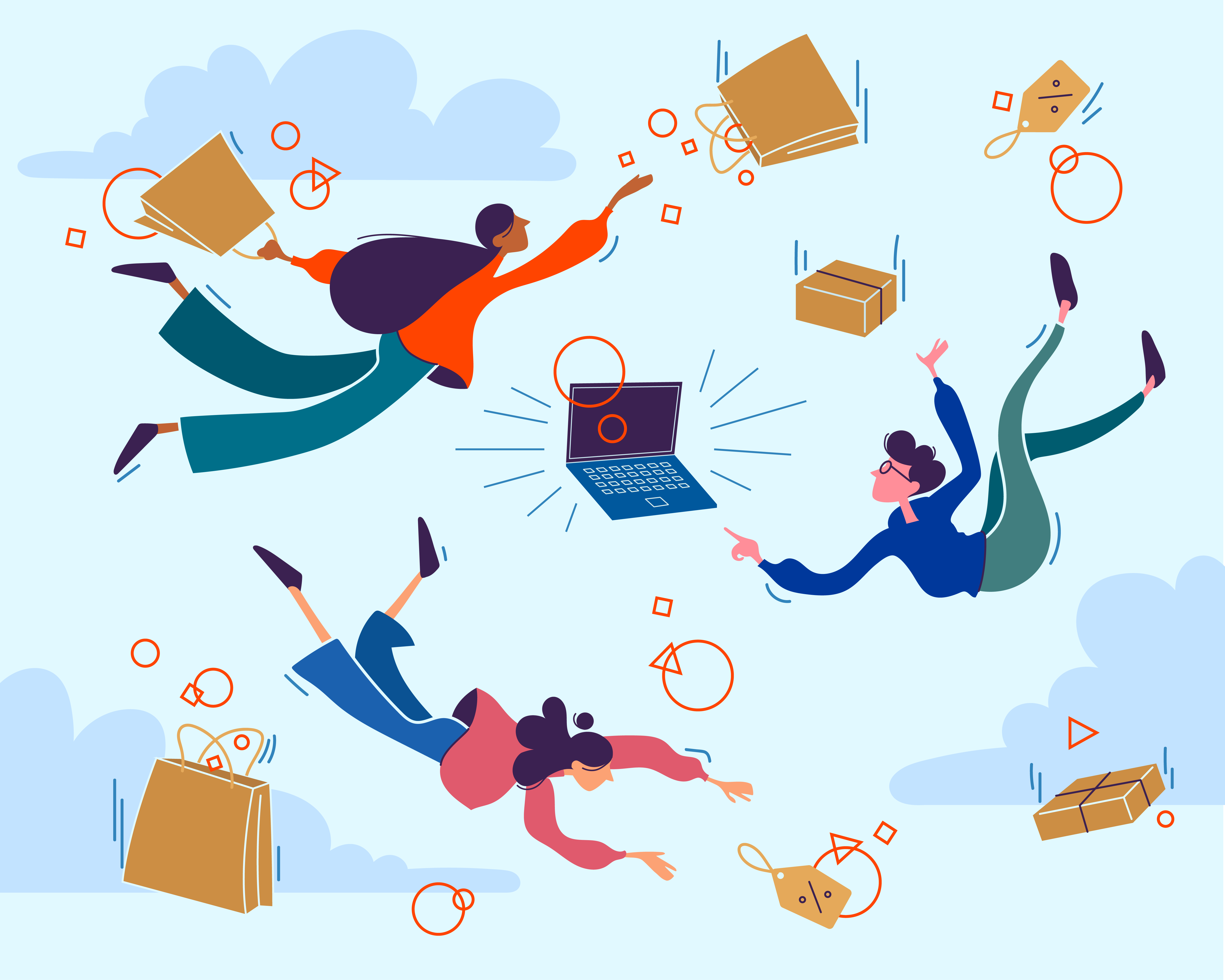 'Too many good deals to handle' by @milie.dsgn. © 2020 Emilie Schaefer and What Is Science Even? 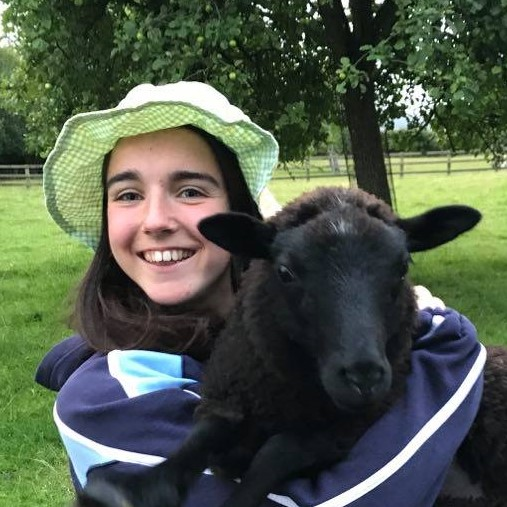 An American tradition with an unclear origin, Black Friday follows the celebration of Thanksgiving. Hundreds of shops open with sales and reductions to tempt even the scrupulous. In 2014 these sales were adopted in the UK [1] bringing similar displays of jostling and violence in long queues for limited sought after deals; images which certainly give Black Friday a damaging reputation. However, as consumers increasingly shop online those long queues are becoming a thing of the past. In 2019, 77% of all transactions were made online. This year within the midst of a second nationwide lockdown Black Friday is set to be a fairly different affair. Beyond the scrutiny of the cameras which previously have illuminated the unsettling consumptive behaviours, our private online purchases will be concealing the very real and material environmental impact of such excessive consumerism.

As awareness increases and ‘green consumerism’ [3] develops, it is essential to question the ‘disastrous environmental record’ of Black Friday

With Black Friday falling on November 27th this year we have already been treated to deals starting a week early. Websites such as Amazon and TechRadar been flouting deals all week; ‘Amazon 53% off Echo Dot; ASOS – 50% off selected styles; John Lewis – £2,000 off smart TV’s; New look; Nike; Topshop; Emma Mattress’… and so the list goes on. As expected, it is Amazon who profits the most from Black Friday, with 65% of spending predicted to be via the retail giant [2]. In total, sales account for just under half of spending during the seasonally adjusted spending period (43%), highlighting the importance of the day as a big opportunity for small shops and retails, particularly after such a vastly disrupted year. The success of Black Friday in the US and across Europe is indicative of the ‘Capitalist Consumer Ideology’ perpetuated across the Global North [1], a culture that is preyed on by special offers and the ‘unmissable’ deals that fill our email inboxes and social media. However, as awareness increases and ‘green consumerism’ [3] develops, it is essential to question the ‘disastrous environmental record’ of Black Friday [4]. Despite growing concerns, there still remains a deficiency of publicly available research and data regarding Black Friday. This absence of transparency regarding such an event is already a damaging outlook in regards to its environmental footprint. However, a brief look at the impacts caused by increased demand involved in Black Friday can still reveal the environmental woes of the day…

Online shopping has previously been attributed to reducing carbon emissions by preventing multiple individuals commuting to a shop and instead delivering numerous orders within one trip, subsequently reducing emissions by up to 80% [5]. However, the advent of ‘One-day Shipping’ renounces this improved environmental track record. Deliveries are becoming less efficient [6], taking single packages at a time and sometimes returning to same household in repeat trips. This has led to a large increase in carbon footprint of online shopping, expected to exponentially increase after major sale days such as Black Friday. Therefore, while the time of shipping has drastically improved for consumers, the financial and environmental costs of this is hidden. Fierce competition is additionally driving up the social costs, incentivising increasingly low wages and poor working conditions within warehouses [7].

When re-examining emissions in light of these supply chains, the UKs emissions originating from abroad represent a staggering 46%

The consumption of goods has a significant environmental impact. It is known that any outlet has a major carbon and water footprint [8]. In the UK the carbon emissions from these industries are reported as a tenth of the UK’s total emissions. However, most manufactured goods bought such as clothing and electronics, have their supply chain abroad which is typically attributed as the manufacturing countries own emissions, not the UKs. Therefore, when re-examining emissions in light of these supply chains, the UKs emissions originating from abroad represent a staggering 46% of its carbon footprint [9] that is currently not considered by national reporting or included in the UKs net zero target. Further environmental degradation created by these industries need to also be considered, for example from untreated dyes polluting local water sources [10] or the poisoning of top soil with substances such as sulfuric acid while mining for Coltan, a mineral found in nearly all electronic devices. Consumer demand has not stalled despite irreparable damage and terrestrial destruction, and sights are now set upon Deep-Sea Mining for minerals, a development that will have significant ramifications upon the ocean, and result in long term and permanent biodiversity loss.

Finally, Black Friday is synonymous with rushed and hasty decisions, generated by time pressures and a sense of urgency created deliberately through marketing strategies. As a consequence, items bought are often discarded after one use, with 80% of plastics, textiles and electronic goods ending up in landfill, incinerated or following a low-quality recycling scheme after a very short life [11]. This in turn leads to significant environmental damage, from waste piles to plastic pollution within our estuaries and seas. As a consequence, the ideology of the day is perpetuating an increase in each of these seriously environmentally degrading practises, permitted due to limited accountability or transparency. The negative externalities presented at each step of the supply chain is therefore a global environmental dilemma, which Black Friday is accentuating.

Despite the list of misgivings generated by the ideology of Black Friday, after what has been a damaging year for many within retail, the importance of this day may well be the difference between a small business remaining viable or folding under previous economic losses. Consumption is an essential component of the economy, accounting for 64% of GDP in the UK [12]. A boost of spending and bargains to attract greater numbers of sales may be essential, in order to provide a jolt of energy required to generate economic recovery or even just resilience through the next few months. There may well be a way to dodge the incriminating environmental damages previously listed through capitalising upon a shift towards a more sustainable retail system: