There is a direct correlation between the economic status of a country and its level of carbon dioxide emission. This can be exemplified with the more frequent flights, where a flight from Edinburgh to Paris emits as much CO2, as the average Cameroonian in a whole year. THis article follows up on Natural change or climate disaster?, 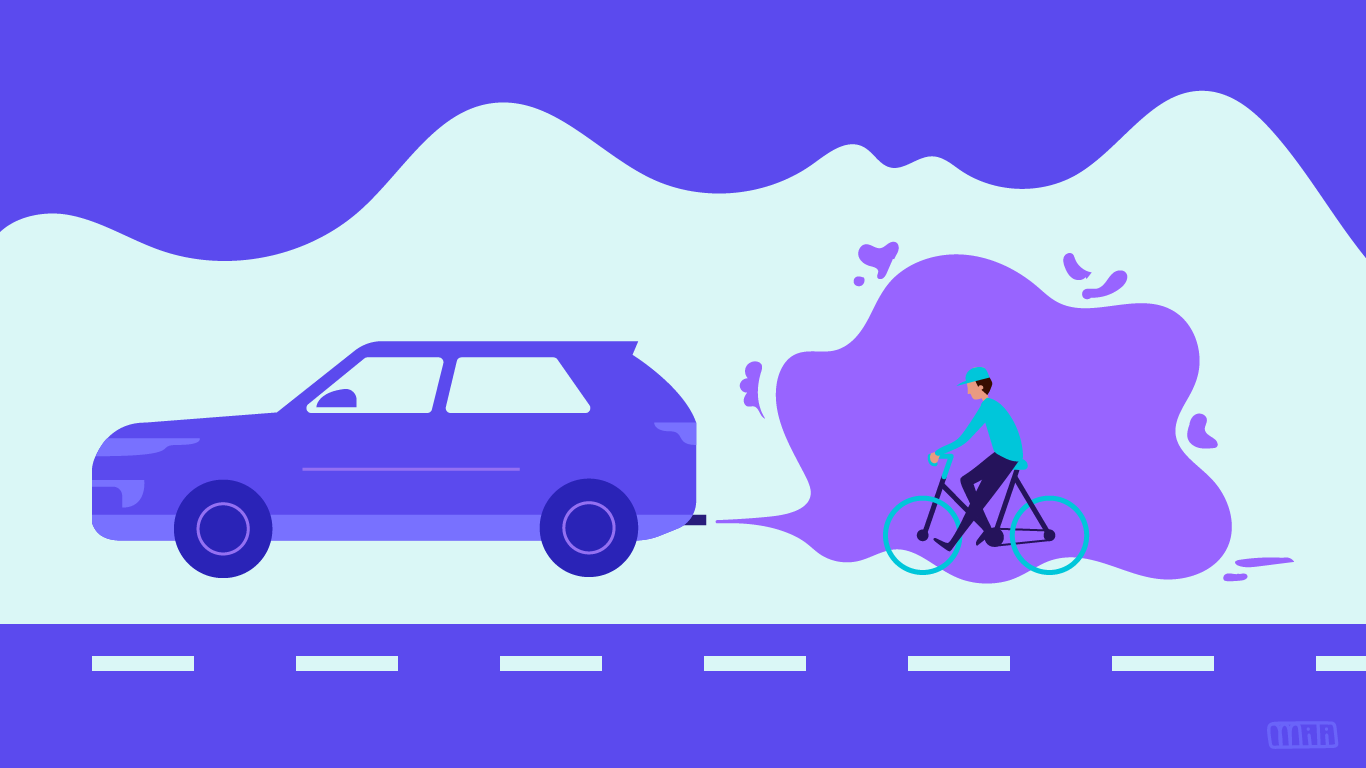 'The disregard of pollution by polluters' by @milie.dsgn for WISE. © 2021 Emilie Schaefer and What Is Science Even?

Climate change is happening and is starting to show its teeth with regard to the surge in pandemics and natural disasters. A new study forecasts even more extreme weather events in the future due to a historically weak gulf stream attributed to global warming [1]. Even if its presence in the news has only skyrocketed in the last couple of years, knowledge about climate change goes back far in history, to the middle of the 19th century. Already in 1837, the French mathematician Joseph Fourier predicted that human activities could cause variations of mean surface temperatures [2]. In 1972, the Club of Rome’s report, The Limits to Growth, predicted that life on Earth would become increasingly difficult if humanity was to fail to reduce global greenhouse gas emissions and mitigate future temperature increases. The IPCC has quantified this stark warning, deriving a threshold of 1.5°C above pre-industrial carbon levels from scientific data [3].

The G7 states produce a quarter of worldwide CO2 emissions from fuel combustion, while only representing 10% of the global population.

To face this challenge, worldwide cooperation is necessary. Climate change treaties such as the Paris Agreement are therefore paramount to mitigating global warming. The contract requires countries to provide ambitious climate objectives. Most industrial nations have thereby committed themselves to carbon neutrality by 2050, with China following in 2060. Yet, the targets of many low-income nations fall short in comparison [4].

For low income and global south nations, in the light of a colonialist past and variable economic situations there are good grounds to accept less ambitious mitigation objectives. More importantly however, the outcome of our fight against climate change will not be decided in those parts of the world. Industrial nations have grown accustomed to producing significantly more greenhouse gas per capita than what our world can cope with despite the global south having attenuated this effect for many years. However, the surge in middle- and high-income countries is increasing our overall emissions.

More generally, there is a direct correlation, as seen in Fig. 1, between gross domestic product (GDP) and carbon emissions per capita. However, the wealthiest states share a significant portion of these emissions. The G7 states (USA, Japan, Germany, France, UK, Italy and Canada) for instance, produce a quarter of worldwide CO2 emissions from fuel combustion, while only representing 10% of the global population [5,6]. Worryingly, these figures only represent emissions produced on the countries’ territories and are thus not reflective of the true extent of emissions that these nations are accountable for. Due to the last decades’ ongoing outsourcing, a large portion of the consumer-related emissions are produced in developing countries, and thus appear in the latter’s statistics. In the UK for example, taking this externalisation into account nearly leads to a doubling of carbon emissions that the UK are liable for [7].

The disparity in carbon emissions

There are many components resulting in an overproduction of greenhouse gas emissions. Even though industry and energy generation are responsible for a major part of carbon emissions, households also produce a significant amount. The main chunk of the latter comes from consumption, but mobility has an important share too [10]. In the last years, the surge in SUVs and the accompanying higher fuel demand has undermined advances in efficiency for smaller cars. Constituting nearly half of sold cars in the USA (Figure 2), SUVs were the second most important contributors to the increase in carbon emissions in the last decade [11]. Besides driving, flying contributes to inflated carbon footprints: a luxury that British citizens on average take advantage of four times a year [12]. For instance, a flight from Edinburgh to Paris produces more carbon dioxide than the average Cameroonian does in a whole year [9,13].

With many emerging economies expanding, the global south’s contribution to worldwide carbon emissions will undoubtedly increase in the coming decades. Yet, the potential for cutting global emissions is predominantly located within the global north, with many countries exceeding their ecological limits for a very long time [9]. Without changes in economy, policy and most importantly behaviour, the IPCC’s threshold will be unattainable.

Climate change is a global issue to be addressed by every nation worldwide. However, in light of carbon emission data it becomes apparent that the most significant changes must be accounted for by wealthier countries. In the face of the expected consequences accompanying a crossing of the 1.5°C threshold, the states of the global north must acknowledge their significant negative contribution to global warming and take urgent, substantial action.