Millions of people have already been administered the highly anticipated COVID-19 vaccines in a record time. Amongst these are the new mRNA vaccines. What makes these so special, and are they safe to use? Read on as Sam breaks down the science that has led to this extraordinary leap in vaccinology. 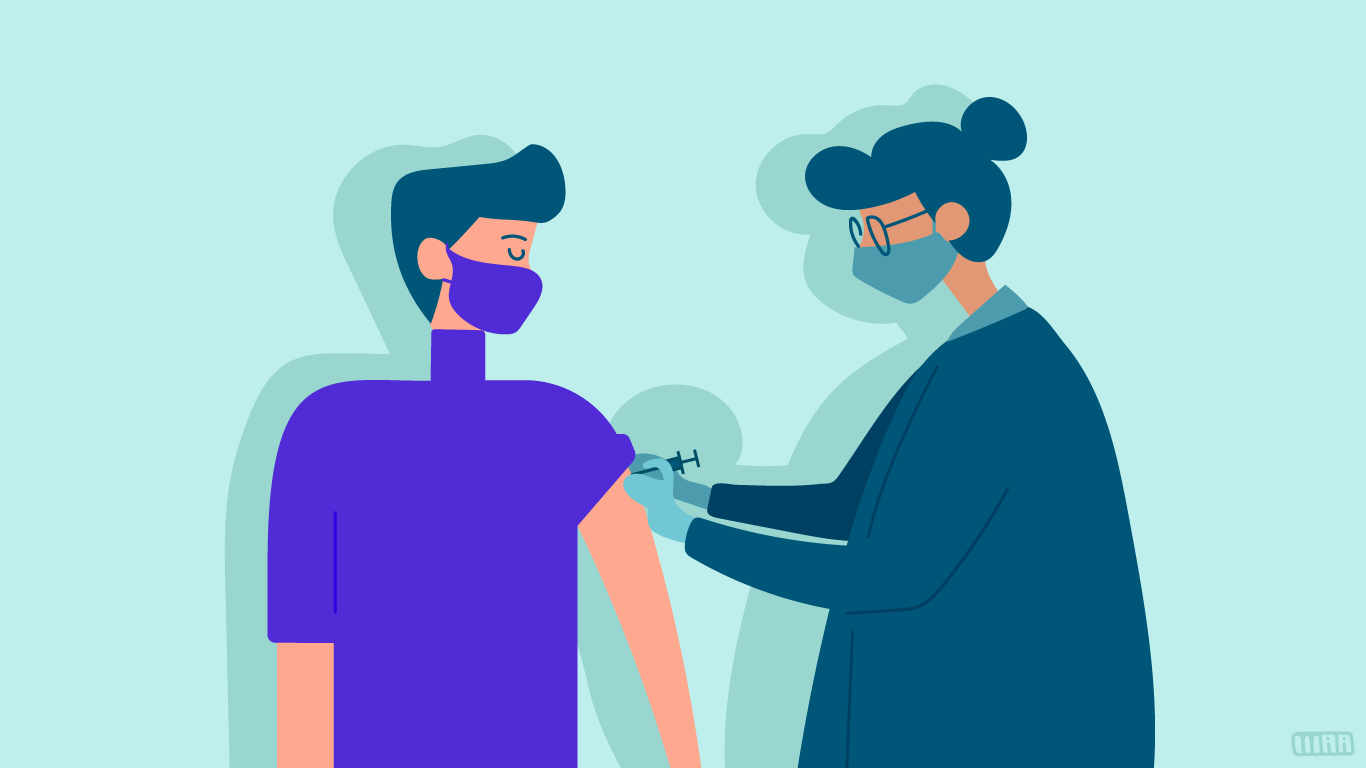 'Shoulder injection of vaccine' by @milie.dsgn for WISE. © 2021 Emilie Schaefer and What Is Science Even? 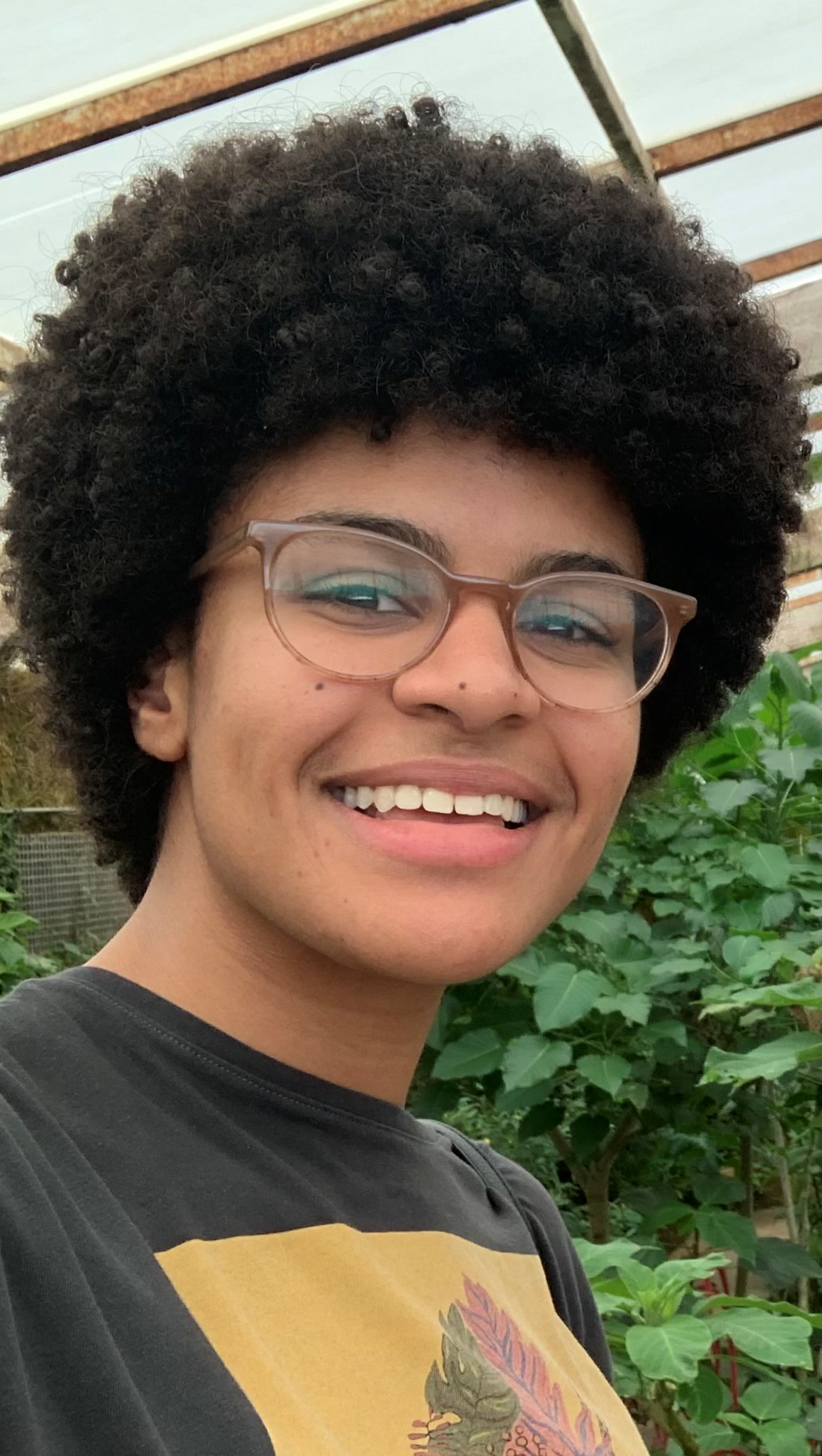 The highly anticipated COVID-19 vaccines have recently arrived, already being administered to millions around the world in record time. Although the newly approved COVID-19 vaccines were seemingly developed in a matter of months, the science behind has been in the works for decades. The mRNA vaccine differs from traditional vaccines in a number of ways and may in fact prove to be a safer and more cost-effective method of immunising populations against disease.

The principle of vaccination is introducing the body to pathogens (infectious agents) in a safe way in order to induce an immune response. Conventional vaccines have achieved this through a number of approaches including using weakened pathogen (live-attenuated vaccines), killed pathogen (inactivated vaccines), a piece of the pathogen (subunit vaccines) or toxin made by the pathogen (toxoid vaccines) [1]. These techniques require large scale production and purification of a pathogen for use in the vaccine and some carry their own risk with exposing an individual to the actual infectious agent.

How are mRNA vaccines different?

This new type of vaccine utilises messenger RNA (mRNA), which is the genetic material that encodes part of a pathogen which is recognised by our immune system (an antigen). mRNA can be thought of as the recipe that is used to make a specific protein, and once read by cellular machinery that protein is generated by our cells [3]. The vaccine mRNA encoding an antigen is delivered into the body and serves as genetic instructions for the production of the antigen by the individual’s own cells. In the case of the COVID-19 vaccine, the mRNA encodes the spike protein of SARS-COV-2, which is the protein on the surface of the virus that allows it to enter human cells [2]. Once a vaccine has been administered, the mRNA must be successfully taken up by immune cells in order for viral antigen to be produced in the body and an immune response to be initiated. So, what is so special about this new vaccine technology, and how did we get from the idea to the injection?

The host cell produces viral proteins based on the template provided to it by the viral genome. © 2021 What Is Science Even?

Well, we know that most conventional vaccines process a pathogen in some way in order to expose the body to the infectious agent without actually causing the disease. Making these vaccines requires a considerable amount of time, as copious amounts of the pathogen have to be manufactured and processed to make the product. The idea behind mRNA vaccines is skipping the step of having to manufacture loads of virus or pathogen and instead providing the body the instructions to make the part of the pathogen that needs to be detected to provide immunity. Theoretically, mRNA can deliver the ‘recipe’ for any particular protein if the genetic code is already known. That’s partly why the technology is so exciting, because there is the potential to essentially ‘copy and paste’ the mRNA of any pathogen protein to produce a new vaccine. And importantly, mRNA itself is non-infectious and non-integrating genetic material [4]. This means that the mRNA won’t itself cause the disease that the vaccine intends to protect against and this type of genetic material is incapable of integrating into our own DNA.

One considerable obstacle, however, is that mRNA is a highly unstable molecule and is susceptible to breakdown by chemicals in our blood [3] . Further, the molecule itself is considered highly immunogenic, meaning it may cause an undesired immune reaction. So, although the science behind mRNA vaccines was first developed over 30 years ago, these challenges meant the field of vaccinology tabled mRNA and directed its attention to DNA and protein-based approaches instead [4].

The host cell produces the spike protein upon vaccination with the mRNA, leading to the production of antibodies against the virus. © 2021 What Is Science Even?

The future of vaccines?

Fortunately, mRNA vaccine technology has since been revisited and some important advances have made these vaccines a reality. The instability of mRNA has been addressed by various techniques which modify the mRNA, stabilising the molecule and in doing so increasing the ability of our cellular machinery to translate the desired protein [4]. mRNA immunogenicity is a tricky one, as we know the aim of a vaccine is to generate an immune response, but if the mRNA itself is recognised and cleared by the immune system, we have a case of shooting the messenger. This immunogenicity therefore was a double-edged sword, as attracting the attention of the immune system is useful, but not to the point where the mRNA is destroyed before it’s even delivered to our cells. Turns out the immune system has a way of differentiating foreign or dangerous mRNA from our own, as self mRNA has chemical modifications that prevent activation of our immune cells [5]. Replicating these modifications onto vaccine mRNA, has allowed it to enter the body without causing undesired immune reactions and conveniently maintained its ability to attract the attention of the immune system (known as adjuvant activity) [5].

The aim of any vaccine is to immunise as many people as possible, as quickly as possible

Yet another crucial development was the method of delivering the mRNA within the body, preventing breakdown by enzymes in our blood and allowing entry into our cells. The cell membrane is an outer layer made of lipids and acts as a barrier to tightly regulate the passage of substances. Introducing mRNA into our cells is known as transfection and requires successful passage through the cell membrane. One method of transfection is by lipid nanoparticle, a positively charged lipid ball that is filled with the vaccine mRNA which sticks to and enters our cell membrane to deliver the mRNA [4]. This method affords the mRNA protection in the blood and effective entry into cells, likely why it was chosen for both the Pfizer-BioNTech and Moderna COVID-19 vaccines.

Biology aside, some of the most important measures of a successful vaccine include cost effectiveness and ease of production and distribution. After all, the aim of any vaccine is to immunise as many people as possible, as quickly as possible. With the above-mentioned development kinks now ironed out, mRNA vaccine technology may easily prove to be the next best answer to immunising against infectious diseases. Manufacturing an mRNA vaccine doesn’t require the production time or costs of mass producing a pathogen in a lab and may be adapted in ways conventional vaccines can’t [2]. The inherently flexible design of mRNA vaccines means the technology can potentially be adapted for use against any infectious disease for which the genetic sequence is known [3]. This versatility is a huge part of how a vaccine against the novel SARS-COV-2 was developed within months of its discovery. It may also be the very thing that saves us should another pathogen emerge in the future.